Last week I read a Lee Child book. I was really disappointed. It did nothing for me and I found myself losing concentration. It could have been me … it could’ve been the book. I can’t say for sure. I just know that it didn’t grab me.

So, imagine my surprise when I stumbled across a new Karin Slaughter at the Library and literally drowned in the gripping furor of this unbelievable book. Slaughter had me from the first page. I couldn’t get enough of this book, of the complex relationship between characters, the psychosis and then the varied and unexpected twists as the narrative progressed.

If you are after a thoroughly gripping thriller, then this is one that won’t disappoint!!

Nothing beats a rainy night, a warm blanket and a good thriller! It’s a winning combination! Even more exciting since it’s been a while since I read an ‘I can’t put you down’ thriller. And that is exactly what this was. I read it cover to cover over 4 or 5 hours. I couldn’t move. I couldn’t speak to anyone. I could barely break to refill my cup of tea.

If you are after a fantastic escape then this is it!

OMG! hooked from the beginning, this book had my pulse racing at an unbelievable pace. I am gutted that it is finished, that I have turned the last page, that I am out of the forest, that the race is over. What a ride!

I loved the mystery in this thriller. There were so many layers to the action and the characters were so beautifully moulded that it was irresistible. I will definitely be looking for more books by Alex Kava! So excited to find a new writer!!

In The Blood, Lisa Unger 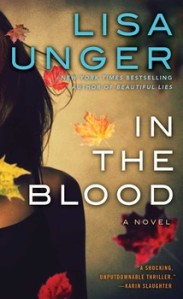 Oh gosh this woman unhinges me. Psychological thriller doesn’t even come close to describing this page turning, heart throbbing, gripping and twisting read. Clearly I love Lisa Unger. I love that her crazy plots follow me through my dreams. I love the way she creates this viscious characters filled with verve and pizazz and I love the way she knits it all together. I’m an Unger fan through and though!

The Girl on the Train, Paula Hawkins 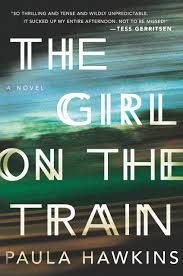 Kill me now. This book blew my mind. Quite literally one of the very best thrillers I think I have ever read.

Publishers Weekly calls this book a “pyschologically astute debut” and I can’t think of a better description. I had the same reaction to S.J. Watson’s book Before I Go To Sleep.

I’m not even sure where to begin with this review – how much do I reveal about the plot, about the narrative structure? I really don’t want to ruin anyone’s reading experience because this is that book that you really have to read and for so many reasons …

Hawkins has crafted something quite magnificent in this book. Her characters are so complex and layered and wonderfully intricate that I couldn’t stop reading. I literally couldn’t put this book down. I went to work and sat there thinking about what was going to happen next. This book hovered in my mind constantly and still, after having finished it quite some time ago, I am plagued by fragments of it.

What I found most intriguing about this book was the way Rachel, the protagonist, whose life has come apart due in part to her alcoholism and in part to a range of other events, has constructed an imaginary world for herself and indeed for some of the people around her. Every day she boards a train. It is the same train she would board if she were going to work. But she isn’t going to work because she was fired for her drunken behaviour. Instead, she is pretending that her life is fine. That everything is rosy, She is pretending even though to everyone – including the reader – it is plain that things are not fine. Not even close.

In telling Rachel’s story, Hawkins has constructed a clever narrative which splits between the voices of three women: Rachel, Anna and Megan. These women are intertwined in so many ways, both real and imagined and the novel details the unravelling of these connections.

I found myself particularly drawn to the segments of the narrative where Rachel was on the train. Her musings, her stream of consciousness and the way that she is so detached from herself and from reality itself, were captivating and provided the story with a perfect rhythm to balance the action which unfolds.

Tagged Paula Hawkins, The Girl On The Train 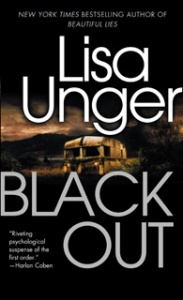 Another Unger spectacular, a book filled with a riveting pace and a disturbing sequence of events which leave readers unsure of where reality ends and fantasy begins.

I have without doubt become a true fan of Unger’s writing. She has an amazing ability to weave a tale and draw readers into its depths.

I highly recommend for all thriller lovers. 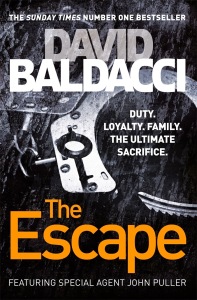 I sat down and read this book with its 470 pages in almost one sitting. I had to stop after about 5 hours because my eyes went all blurry and started feeling as though I was going to vomit from exhaustion. I literally had to force myself to go to sleep. It was almost 2am and I was practically twitching to finish Military CID investigator John Puller’s journey.

I love a book like this, one which grabs you by the proverbial balls and holds you in its grip, leaving you thrashing with desperation to finish, to just get to that last page, that moment of relief that is the plot’s wicked resolution. There are times when a book like this is exactly what you need.

There wasn’t much depth, no complex themes or literary techniques to consider in Baldacci’s tome. Rather there was pace and intensity and the bubbling question of ‘who to trust’ – if anyone at all … There were, however, several poignant moments which I think Baldacci did well to include, all of which centred around the relationship between father and sons and Puller and his brother. These moments brought a nice balance to an otherwise very fast moving thriller.

If you want to be swept away by a book, taken on a wild journey, then this is the one for you!

It’s been a thrilling week! Thank you Kathy Reichs for giving me something a bit different to digest. I thoroughly enjoyed this read, although I think the Deaver I read last week was more gripping. Nonetheless, there was an insightful and thought provoking amount of forensic detail in this thriller which I found fascinating and I quite enjoyed the mixed cultural background of Montreal/USA.

An interesting read for someone wanting a good thriller with a bit of bite.

You’ve heard me say it before and I’ll not hesitate to say it again – sometimes you just need a good thriller. Something to sink into. Something terrifyingly addictive, confronting yet too gripping to release. An addictive plot which grabs you by the balls (if you have them) and doesn’t let you go right until the very last word … at which time it drops you there, off the edge of the cliff, leaving you shattered and broken on the sharp rocks below.

Deaver’s The Empty Chair did just that. When I started it, I was left with nightmares. Vivid images filled my dreamtime and left me disoriented and quaking the next morning. Yet I had to keep reading. I had to know what was going to happen next, where this narrative was heading.

So, if you feel like you need a great thriller. This one is for you!

Rizzoli and Isles, my new besties, my BFFs, my buddies – and who knew it was a television series?

Tess Gerritsen. What can I say. Last week I dipped my toes into the first Rizzoli and Isles book and this week, yes, seven days later, I am almost finished the sixth book in the series. I’ve digested The Surgeon, The Apprentice, The Sinner, Body Double, Vanish and now The Mephisto Club. And if I told you that I’ve avoided reviewing these books because it means taking time away from the actual act of reading, you would probably scoff, but it’s true. These books have shaken me to the core. I have never read a thriller which actually makes my blood turn cold, makes me pause and want to leap out of bed and check that the front door is locked and there are no intruders lurking.